About Malawi - The Warm Heart of Africa 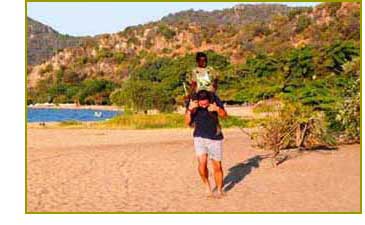 Its true!  Malawi really is one of the friendliest and most welcoming countries in the world just ask any one of our volunteers!  Whether you have been to Africa before or not, Malawi is full of surprises and has plenty to offer. On your weekends and spare time you can organise some fantastic trips with us such as dodging hippos and elephants in a riverboat safari in Liwonde national park, partying in nearby Cape Maclear or simply chilling out on the beach right on your doorstep!

Not only are Malawis people amazing, so is the scenery. The picture on the right was taken just outside of the volunteer house! Visit the gallery for more great pics of Malawi.

Malawi is a landlocked country located in southeastern Africa and is bordered by Zambia (837Km) to the West, Tanzania (475 Km) to the North and East, and Mozambique (1569 Km) to the South. It covers an area of 118,480 Sq. Km. The capital city is Lilongwe.

The country is defined by its topography of highlands split by the Great Rift Valley and enormous Lake Malawi. The lake’s southern end falls within Lake Malawi National Park – sheltering diverse wildlife from colorful fish to baboons – and its clear waters are popular for diving and boating. Peninsular Cape Maclear is known for its beach resorts.

Malawi is a landlocked Country with varying terrain across it. It has main highland areas of Nyika and Viphya Plateaus to the North and other parts of the country, with the highest elevation point on Mount Mulanje called Sapitwa (3002m). Most low lying areas are found along the lake Shore, with lowest elevation point located at the junction of the Shire river and the international boundary with Mozambique (37m). Lake Malawi is the largest lake among other lakes namely Chirwa, Malombe, and Kazuni. Malawi experiences a tropical Climate with dry seasons during the months of May to November and rainy season during the other months particularly December to March. 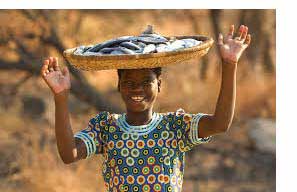 The ethnic group composition of Malawian Culture includes Chewa, Nyanja, Yao, Tumbuka, Lomwe, Sena, Tonga, Ngoni, Ngonde, Asian and European. The national language is Chichewa while English is the official language. Other languages are Tumbuka used in the North and Yao in the South. Most people in Malawi are Christians while others still observe traditional beliefs. The religions of Malawi include Protestants (55%), Roman Catholic (20%), Muslim (20%), and the remaining for traditional indigenous beliefs and other minor religions. 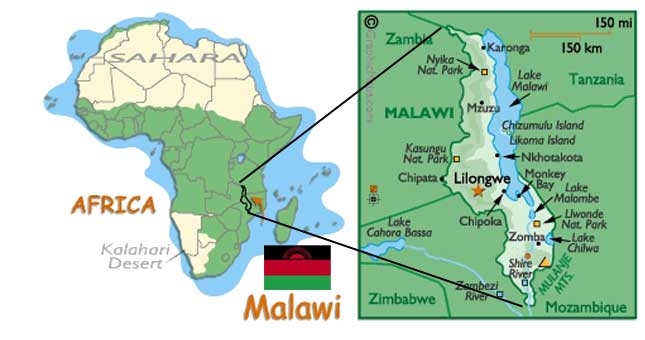 As a land locked country, Malawis economy is predominantly based on agriculture which accounts for about 45 % of Gross National Product and more than 90% of the countrys export earnings. At least 80% of the agricultural produce comes from smallholder farmers on customary land. The rest is produced by commercial farmers on estates. the main crops grown in Malawi are Maize, tobacco, tea, sugarcane, groundnuts, cotton, wheat, coffee, rice, and pulses.

Malawi is an exporter of primary produce and net importer of industrial goods. Its major exports include tobacco, sugar, and groundnuts while its major imports are intermediate (chemical and allied) goods for industry. The economy also depends on substantial inflows of economic assistance from IMF, the World Bank, and individual donor nations.

Tap any of the images above to open a link that provides more information on the identified subject.